How LED lights are being energy efficient source?

LED light are the forms of solid light bulbs which are very efficient to save energy. At the initial stage of manufacturing of LED light was used for directional and indication sign which spread the light more spherically.  LEDs technology is growing day by day and every year it’s adding some great features and milestones for its efficiency.

LED’s are small, great look with solid bulbs very efficient for home and outdoor use. Latest version LED is coming with new style and features which grouped in clusters with diffuser lenses which have broadened the applications for LED use in the home. Initially it was expensive due to technology LED’s bring more value with its last longer life. The price of LED bulbs is going down each year as the manufacturing technology continues to improve.

It’s saying about LED light that if it manufactures in a proper way it can approach efficient 80% energy and energy convert into light.

LEDs do not have a filament; they are not damaged under circumstances when a regular incandescent bulb would be broken. Because they are solid, LED bulbs hold up well to jarring and bumping.

A LED bulb does not create much heating as normal bulbs. It remains cool and not buildup heating thereby it can reduce your air condition efforts and cuts the electricity bill.

At the initial stage the manufacturing of LED light was very expensive but due to revolution in technology its cost down day by day. The cost is recouped over time and in battery savings.

You can check your cost for LED light by saving calculator on www.savelightuk.com

Approved by JSJS with LIGHTWAVE RF 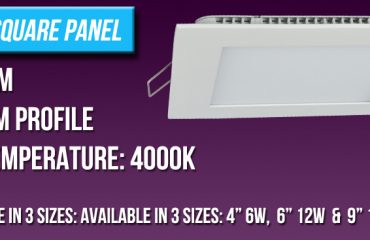